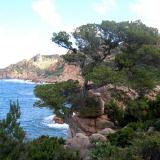 Surrounded of marvellous, miles long sandy beaches, emerald-green sea Sardinia will aspect you.
Spared from the mass tourism, with breath-taking intact nature and friendly people, culinary pleasures, antique places Sardinia is a secret tip for all poeple who search regeneration after a stressfull work year. 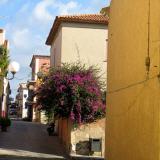 in all Sardinia travel guides, whether online or printed, the Gallura is known as one of the most beautiful holiday regions of Sardinia and we have nothing to add.

In the northeast, vis-a-vis to the little town of Palau, you can explore the nature reserve of the archipelago of La Maddalena. Emerald green and blue sea, hundrets of beaches and bays. For surfers and kitesurf fans 2 km away from Palau is the top surfspot Porto Pollo and Isola dei Gabbiani.

Trips to the two main islands of La Maddalena and Caprera are for shure the highlights in one trip program in the north. May take a swim break at Spiaggia del Wreck on Caprera Island or take a shopping trip in the fishing village of La Maddalena.

If you follow the coast road from Palau to the south you pass the little village of Cannigione - later you pass over to Baia Sardinia and the coastline until you reach the famous Costa Smeralda, where Prince Aga Khan, in the mid-60s for serious money people and illustrious guests, friends and other celebrity's built a real vacation paradise. Who like that in high season you can watch the bored VIP's at the Promenade or on their yachts, taking an eight-euro espresso drink at the Piazza of Porto Cervo.
The Costa Smeralda at end of September closes its doors and folded up the sidewalks.

At the northwestern end of the Gallura, situated across from Corsica, the small coastal town of Santa Teresa Gallura invites for small shopping trips and a very special highlight on a sardinia Trip: the Capo Testa (the heads cape).
Capo Testa, dubbed by locals as the Cape of fairies and dwarfs, it's characterized by unique granite rock formations, formed over thousands of years by wind and weather to unique stone sculptures. Near there, you can take a short trip into the Valle della Luna with fantastic caves. In warm full moon summernights many people go there to see unique light and shadow spectacles between sea and granit.

On the road to Capo Testa, you pass the Spiaggia dei due Mari (beach of two seas), where the right hand side is an ancient Roman quarry with half-finished columns in the swell of the sea. 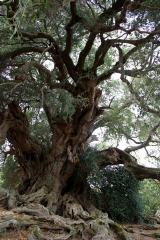 The inner Gallura is in most parts still undiscovered by tourism. It is characterized by rolling hills, evergreen cork oak forests and jagged rocks in the distance. Small authentic villages in the interior with sympathetic residents and heartfelt true Sardinian hospitality.

Between Arzachena, Tempio and Luogosanto many ancient archaeological sites aspect to be visited, Tomba dei Giganti, Nuraghe and 4500-year-old archaeological sites between in direction to Arzachena. Between Luogosanto and Luras are largest drinking water reservoir of Gallura, the Lake Liscia. To admire near the Lake two more than 3500 years old giant olive trees, the Olivastri Millenari. 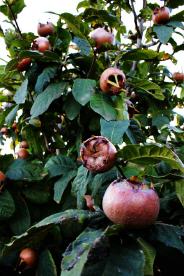