"Sole e Terra" is an agricultural farm
with five and half hectares of land
that alternate between levelled and wooded areas
to Mediterranean bush. 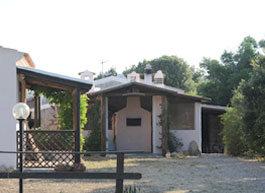 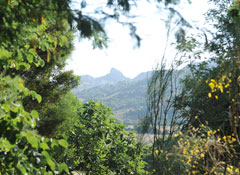 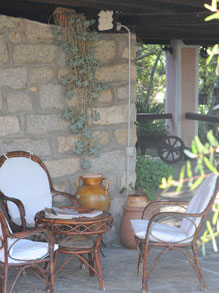 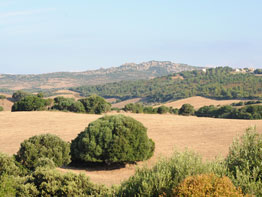 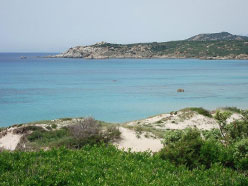 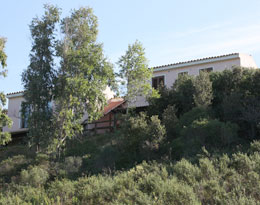 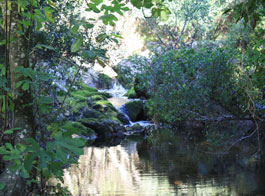 Grove of Alder, Hawthorn, Blackberry, Lentischi (Mediterranean bush) and Myrtle surround two little rivers , the Cialdineddu and Rio de la Suaedda, which pass through and join together on the land.

Situated on a hill which dominates the whole property, the house offers a magnificent view of a typical Gallurese (name of the reagion were we are situated) valley where Mediterranean essences perfume linger in a landscape of incomparable beauty dotted with Holm-oaks, Lentischi and Cisto (see above) inhabited by wild peaceful cows.

This panoramic view is framed by the Granite Mountains.
Funtana d'Alzi (alder fountain) is ten kilometres from the splendid beach of Rena Mayore-Santa Teresa di Gallura (boats to Corsica), fifteen minutes from the beach of Palau (boats to la Maddalena's archipelago), Isola dei Gabbiani, Valle dell Erica, Conca Verde where the transparencies and the colours of one of the best sea in the world would not disappoint even the highest expectations.

In the Gallura's inland among the fantastic granite shapes formed by water and wind during centuries, rise delicious little villages which host a lots of farmers' fairs between April to September with lunches and dinners freely open to tourists.

We wait for you
Isora e Maurizio